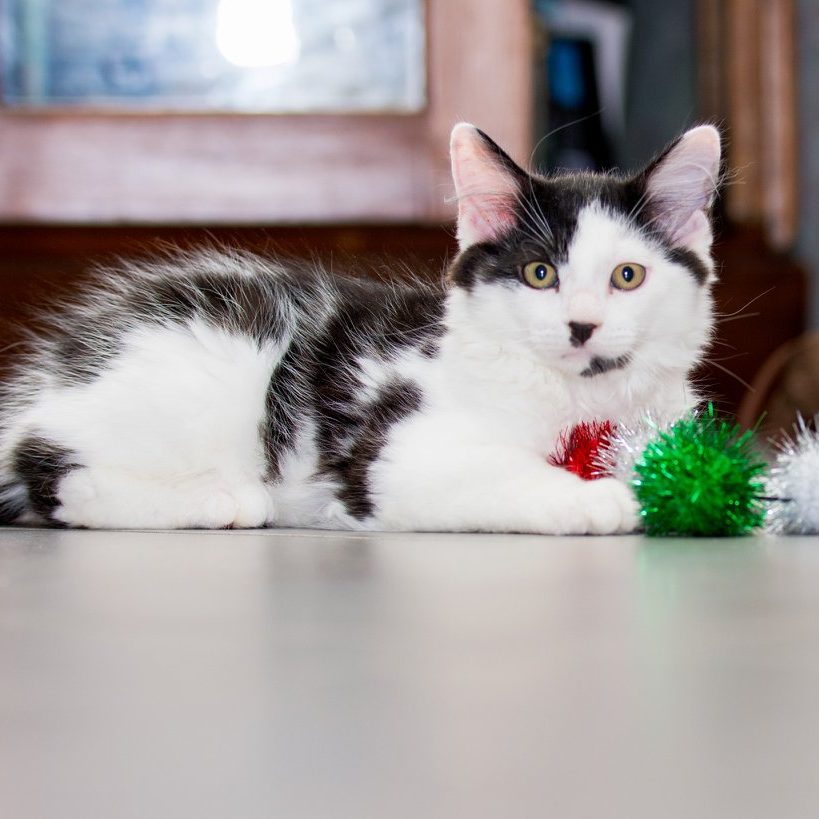 We recently adopted Pumbaa (formerly Fluffy) after fostering him, his 2 Brothers and Sister. Meeko wasn’t doing too well being an only cat, and to keep him happy so we could continue fostering, we decided we would adopt one of the kittens we were currently fostering.

Fluffy was a shy little kitten in his previous foster home, but that all changed once he got to our house. My partner had a fondness for Fluffy, and even though I had a soft spot for him as well, I was going to adopt which ever kitten was left. After shutterpaws came to do the kittens photo shoot, and their pictures went up on IFR’s Facebook page, I saw all the comments about Fluffy and was instantly jealous, I knew I couldn’t let him go. So we adopted Fluffy and changed his name to Pumbaa (cos he’s a little fatty who loves his food) and because it fits with my Disney animal names.

Pumbaa loves his toys, teasing the dogs, snuggles in bed, and to rough and tumble with the other cats in the house. He is currently obsessed with the toilet and the shower.

I call Pumbaa, ‘Pumbii’, and my daughter calls him ‘Punkaa’, his other nicknames include ‘little fatty’ and ‘stop that’!

Pumbaa has completed our family and made a perfect companion for Meeko, allowing us to continue fostering.