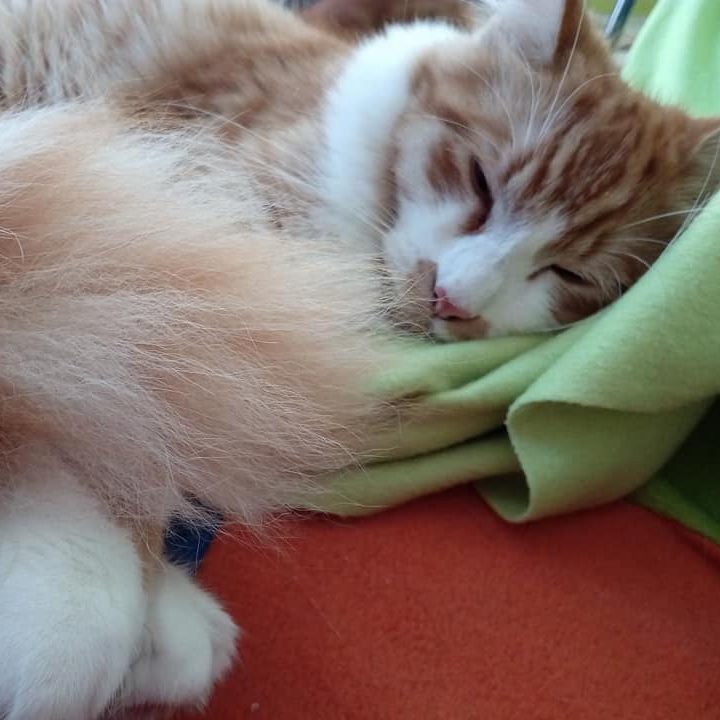 I first saw Percy Gordon when my friend shared his story as she was taking him to an adoption day event. He was this handsome looking ginger boy, with a gloriously fluffy tail and a regal look about him.

I fell in love then and there.

When I heard that no one was interested in him, and had already been in two homes at seven months of age, I just had to meet him. Miraculously my partner agreed, we already had two cats, and so the meeting was set up. Even though he was a little nervous of his temporary surroundings, he was still friendly and affectionate.

Since Mr Percy came along, I have a constant shadow who showers me with love and kisses, even reaching up to pat my face when he thinks I need the extra reassurance.