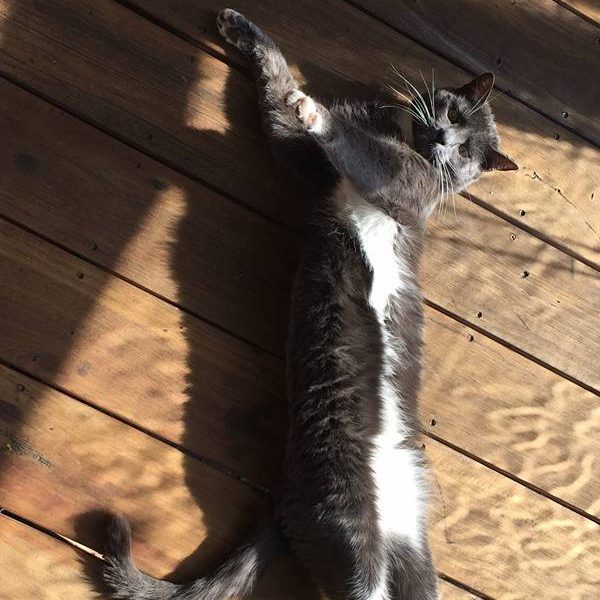 We had an emergency situation where kittens needed foster care quickly – with nobody else available I put up my hand (perils of being an admin of a rescue! You end up taking fosters you don’t really have room for, at short notice).

I got four kittens delivered at the same time, and most were hissy (one being somewhat ‘bitey’ too!). Mickey was the tiniest of the lot, and was also the only one who didn’t hiss. While they were all adorable, and two of them gorgeously fluffy, little Mickey won a special place in my heart.

While she was in care with me, she fell quite ill, and was very frail and unable to put on weight. It turned out she had a parasite called coccidiosis. I took her to my own vet since I wasn’t able to get her to an IFR affiliated vet, and hundreds of dollars later she had medications to be getting well with!

It just so happened that on this day, she had a meet & greet for a forever home. The vet had put a ribbon on her to make her all pretty, and by the time we got home she was covered in poo (the ribbon included). Her potential adopter wasn’t put off by the rude greeting she got at the front door, little Mickey held up in my hands, poo on full display, as I had only just back from the vet so hadn’t had a chance to bath her!

Mickey was adopted by this lovely lady despite their ‘unsavoury’ first meeting, and is still living a life of luxury there today, at 4.5 years old. The Mickster has a very special place in my heart, and I remember her as a crazy little girl full of beans who was rather sick for a while there, but has grown into a beautiful adult cat.