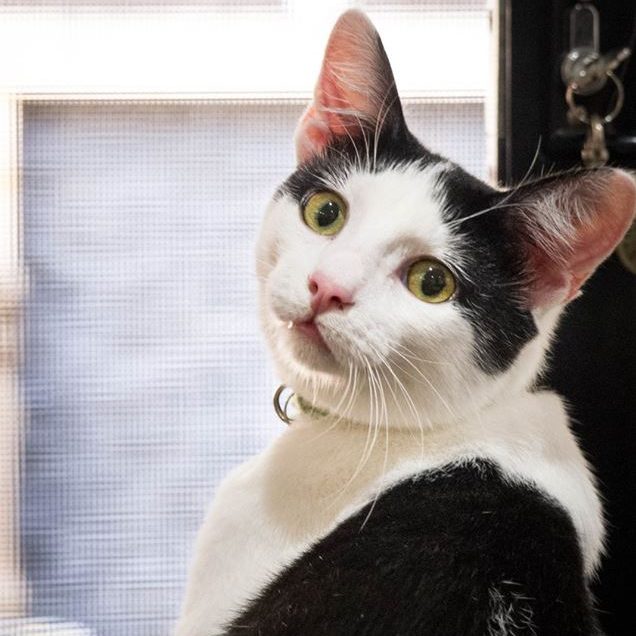 Meeko arrived in foster care almost a week after his two siblings (Bryce and Bronx), and went into foster with a different family.

I came across Meeko in the IFR carers page. He instantly caught my attention because he has a Disney name. I mentioned to my partner that Meeko would be the perfect cat for us. He contacted IFR to “foster to adopt” Meeko as a special birthday surprise for me.

Meeko is a big mumma’s boy. I’m the only one he will sleep with/near, and after being sent his pound photo with his giant pink nose, I like to call him ‘Meeko the Red Nose Reincat’, and quite often sing Christmas songs about him!

You will often find Meeko sitting on the window sill or at the door at the front of the house, keeping an eye out for trouble – he’s very protective of his house and gets agitated when he thinks something is wrong. He’s like a furry little security system!