Our mission is to rescue pound cats in Perth, Australia, and find them their perfect forever homes.

Impound Feline Rescue (IFR) formed in March 2014 in response to the Cat Act 2011. In its first iteration, IFR worked closely with other WA-based animal rescue groups to rescue and rehome impounded felines. Since then, IFR has started to rescue, vet, and rehome cats under its own banner. In July 2015, IFR became an incorporated association, and on May 17th, 2016, we attained our Charitable Collections Licence.

There are many animal charities in Western Australia already working to rescue and rehome impounded cats, yet inevitably each year, all rescues becomes overwhelmed by the numbers of homeless cats in need of foster care, medical attention, and new homes. In particular during “kitten season” (which lasts around ten months of the year), rescues are inundated with unwanted cats and kittens. In fact, we only began taking on cats ourselves because every other cat rescue in Perth was full at the time.

At present, IFR assists one main metropolitan pound with cats, as well as some vet clinics and the occasional stray. We are passionate about helping cats, easing pressure on other rescues, assisting pounds, helping struggling families who cannot keep their pets due to growing financial pressures, and helping to protect the natural environment from roaming cats. We take pride in the part we play in reducing the number of unsterilised, unwanted cats in Perth, and finding them loving homes. 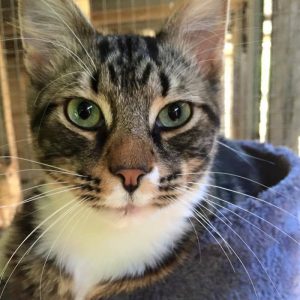