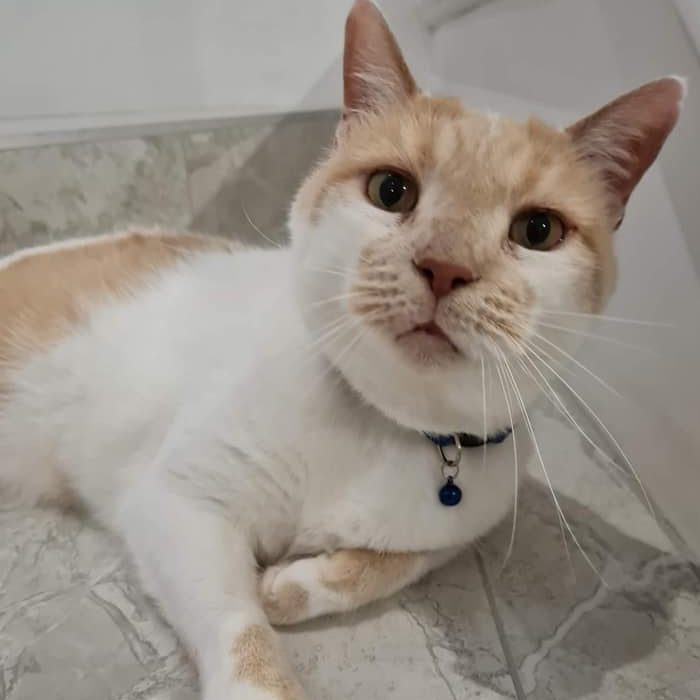 Neo is a white and orange patched cat. He’s large and gentle and enjoys life in the slow lane. At first Neo may seem shy, but once out of his shell he has a lot of love to give.

Neo came into foster care with IFR as a surrender after his former owner became concerned about conditions in his new home (he was left alone far too much and so was having behavioural issues as a result). He is a gentle-natured and easy-going cat, and with someone who is around him for enough of each day, he doesn’t have any behavioural issues.

Neo tolerates other cats, but is happiest as the sole cat.

Neo would enjoy a quiet home with people that will give him space, but also lots of chin scratches and cuddles. He shouldn’t be left alone too much even though he does like his own company sometimes, as his litter trays need to be kept tidy.

Neo is a healthy boy, and has no issues with toileting as long as you don’t make him use a covered litter tray!