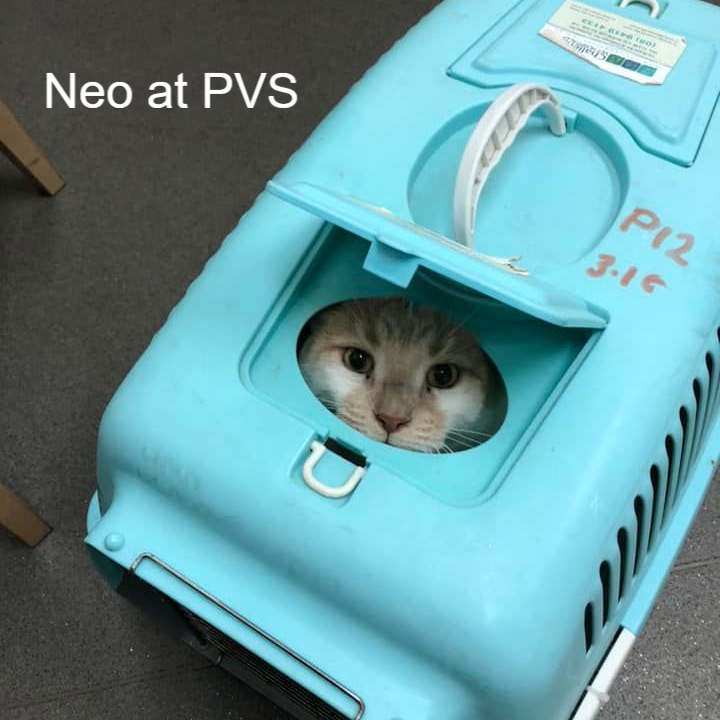 Life has been full of ups and downs for senior boy Neo. He was adopted as a kitten but ended up at Cat Haven a few years back. He was adopted again, but unfortunately once again things didn’t work out, so he was rehomed privately. Third time lucky? Unfortunately not, and at this point Neo showed all the signs of a stressed kitty. He came back into foster care – this time with IFR.

Neo has been in numerous foster homes, including the cattery for a short stay. He has been loved by many temporary foster carers but has never found a home to settle in. All we’ve wanted for this boy was some stability. Sadly now he is facing his biggest fight yet – for his life.

His previous carer had found a lump on his leg, and after a visit to @challengervet he immediately went in for surgery so the lump could be removed and biopsied. While we all tried to stay positive, we learned that he has an aggressive fibrosarcoma. After a referral, Neo visited @PerthVetSpecialists where the oncology team outlined a few options. The one which will give him the best chance of surviving for years, not months, is unfortunately a limb amputation.

This procedure will occur in the next few days.

Thank you for listening to Neo’s story!