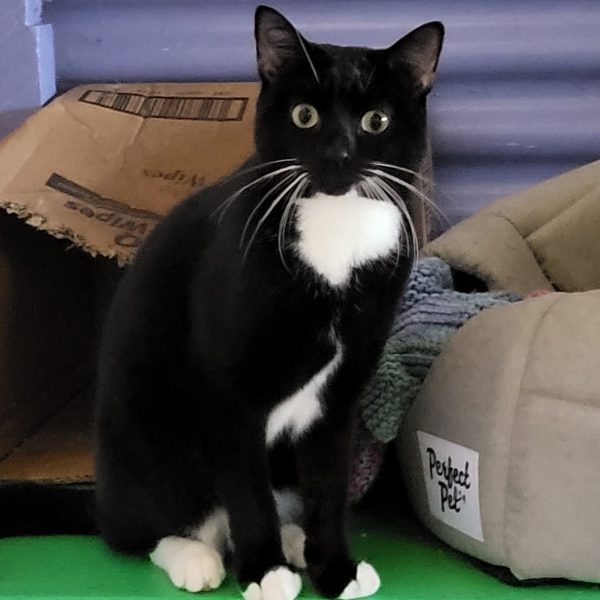 Midnight is a handsome domestic short hair tuxedo boy, mostly black but with a white bib and partially white paws. His coat is in good condition.

Midnight was brought to a vet clinic to be euthanised because he was deemed feral. The vet opted not to euthanise, since he was a healthy looking cat and was able to be patted, though he was a bit shy for sure.

Since coming into foster care, Midnight has been at a local cattery where he has slowly been socialised. He is now at the point where he’ll happily come over to his carer for food. After any move he will be shy, but we have full faith that he will adapt to life in a home with people eventually.

Midnight’s favourite thing in the world is food. It’s the way to his heart!

He doesn’t like being pushed to like people more quickly than he’s comfy with. This boy needs time and patience!

Midnight’s purrfect home would be one with cat savvy people, or at least people who aren’t expecting cuddles immediately, and are willing to give him a few months at least to settle in and start relaxing.

Midnight is a healthy and handsome boy.