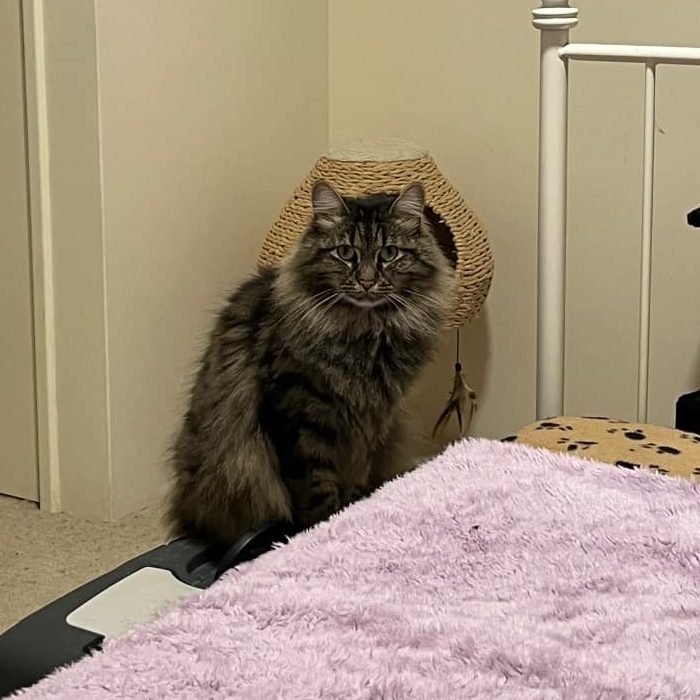 This beautiful 6 year old girl was surrendered to the pound by her owner who was devastated to have to give her up.

Jessie was not coping well in the pound, so she was moved quickly to foster care. Since arriving in care, Jessie has been hiding, hissing and growling by turns. She has also not been eating much, but something is better than nothing. She’s also been using her litter tray just fine.

Jessie has clearly had quite the emotional ordeal, but she is slowly starting to relax. The latest update was that she even ventured out of hiding to find her foster carer! (first photo shown here)

The photos here are in order of most recent to back in the pound.