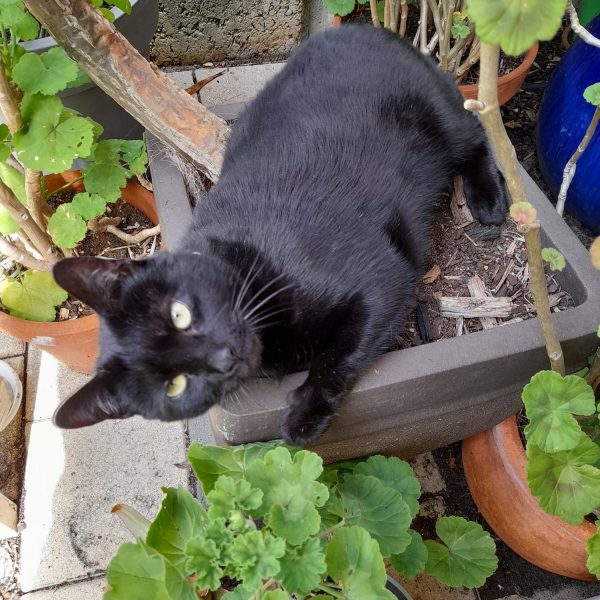 Inky (original name unknown) was rescued from a metropolitan pound. She had been left at a house when owners moved. She was unsterilised, and not microchipped. Very friendly and not unhappy about travelling in a car.

She can be frightened of loud noises and strangers, so a little shy & scared but comes around quickly. Loves food, sleeping, running around crazily, chasing balls and playing with various cat toys, lots of fun! Has a very cute little meow, which you hear plenty of while getting her food ready. She has been on her foster carer’s lap a couple of times but seems to prefer nearby on the couch. She loves being outside, initially with a harness on and in a small patio area.

Can be feisty, does not get along with foster carer’s older male cat (a mutual dislike). Apparently she lived with a dog, but upon observation, it not might be best her living with one as she is frightened by sudden, loud or unusual noises.

Probably not suited to being around young children, as she can nip when playing. Would suit a quieter household, with room to run around and play. Hasn’t been tested with other animals but could possibly get along with another cat.

She had a problem with constipation after her sterilisation surgery, which required help from the vet and is sorted now.